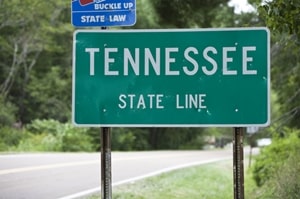 Parents should never have to go through the pain of losing a child — especially when that child's death could have been prevented. While there's nothing that can ever truly compensate for the death of a loved one, there are steps family members can take to hold negligent or reckless parties accountable, such as filing a wrongful death lawsuit with the help of personal injury lawyers.

A $250,000 settlement has been reached in a wrongful death lawsuit against the state of Tennessee, reports WZTV FOX 17 News. According to the source, 18-year-old Kendall Oates died at Woodland Hills Developmental Center, which is run by the Department of Children's Services (DCS), after suffering a seizure in May 2012.

In the lawsuit, the teenager's father reportedly claimed that medical personnel at the facility hadn't administered anti-seizure medication to his son, nor had they checked on him every 15 minutes as they were instructed to do. Investigators determined that the teenager may have been dead for hours when his body was found.

"The teen is one of at least 105 children who died in 2012 that had some type of prior contact with the child-welfare agency — either the child was in state custody or had been reported to the agency as a victim of abuse or neglect," states the source. "A spokesman for DCS says the agency has made numerous reforms since Jim Henry was named as new commissioner in 2013."

If someone you love has died as a result of another party's recklessness or negligence, it may be within your legal rights to file a civil lawsuit and seek damages on behalf of your loved one. To begin this process, it's in your best interest to contact Kansas City-based personal injury attorneys as soon as possible. These skilled professionals will give your case the personal care and attention it deserves.