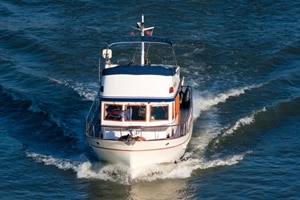 There's nothing more tragic than the untimely death of a loved one—especially if you have reason to believe that it could have been prevented if not for another party's recklessness or negligence. If you find yourself in this situation, there are steps you can take to hold the responsible party accountable, such as filing a civil lawsuit with the assistance of an accident attorney.

According to Alabama Local News, the father of a 20-year-old University of Alabama student who drowned in the Black Warrior River in April 2012 has filed a $10 million wrongful death lawsuit.

The source reports that the victim, Tre Jones, was at a sorority party on the Bama Belle riverboat when he fell overboard. In the lawsuit, his father claims that there was no attempt to rescue his son, who was found dead the following day at around 3 p.m. The lawsuit names the owner of the Bama Belle, the Delta Sigma Theta sorority and the security company tasked with preventing underage drinking as defendants.

"[The plaintiff] alleges that several people were tasked with making sure no underage passengers drank alcohol that night but failed to keep his son from doing so," reports the source. "He also complains that not enough was done to try to save Tre as soon as he fell in the water."