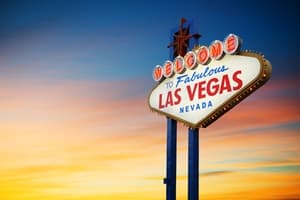 Earlier this year, a 20-year-old was shot to death by federal rangers while he was walking along a highway outside of Las Vegas. Now, the victim's mother is taking legal action, filing a wrongful death lawsuit against the federal government and demanding long overdue answers for her son's death.

According to the Associated Press, the young man was found by two Bureau of Land Management (BLM) rangers near Red Rock Canyon National Conservation Area, reportedly "disoriented and confused." Rather than call for medical help, the lawsuit contends, the rangers instead "confronted [the victim] with pepper spray, Tasers and a baton before shooting him dead when he climbed into an idling Nevada Highway Patrol vehicle."

Christopher Rose, spokesman for the BLM, declined to comment on the story, only saying that it was still under investigation. In the 10 months since the incident occurred, the victim's mother has still not been given any answers by the government as to why her son had to be killed.

The wrongful death lawsuit was filed on December 23. It was not disclosed what kinds of damages, and for what amount, the victim's mother was seeking from the federal government.

It's always a terrible tragedy when a parent outlives a child, particularly in inexplicable situations like these. No amount of financial restitution can ever compensate for the loss of a loved one, but that doesn't mean family members should be precluded from seeking damages at all. If you have ever lost a family member to what you believe to be wrongful or undue behavior from another party, reach out to The Meyers Law Firm for expert injury attorneys that will handle your case with care and fight for the compensation you deserve.