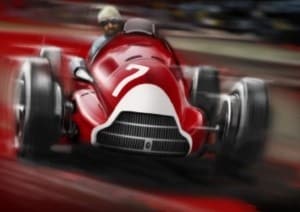 When people go to a fair, it's because they want to have a good time. It's quite rare that we read about residents attending one of these events and leaving in an ambulance. Unfortunately, however, this does happen from time to time.

Recently, five people were hurt at the Missouri State Fair in Sedalia after a race car catapulted over the guardrail, through a safety barrier and into the audience. According to various news sources, the car accident occurred around 9 p.m. on Sunday, August 19 during the Battle of the Badges race for charity at the Pepsi Grandstand.

Reports indicate that the driver of the vehicle was an off-duty law enforcement official named Tyson Russell. The 25-year-old from Crocker, Missouri, lost control of the racer, which is what caused it the fly into the stands.

Those that were injured included three males and two females ranging in age from 27 to 67. All of them were Missouri residents. The women were released from the hospital while the men will remain in medical centers. The final victim suffered a broken leg, which may need to be amputated, according to ABC News. Despite the impact of the crash, Russell was not injured.

This was the second crash of the night that took place on the fairgrounds. Around 8:15 p.m., a 15-year-old race car driver from Carrolton, Missouri, also lost control of his car while on the racetrack, which caused it to roll over several times before coming to a stop. He was airlifted to a nearby hospital and no word has been released as to his condition.

If you have been hurt in an automobile accident and need a car accident attorney, you may benefit from a personal injury attorney in Kansas City. These experienced and locally based professionals can assess your claim, try your case in court and help you recover damages that you may be entitled to.