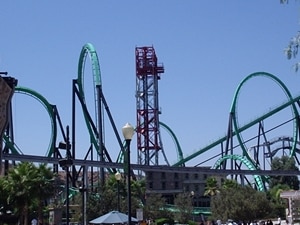 A Florida woman has filed a personal injury lawsuit against Walt Disney World in Orange County on Friday, January 25 after she was allegedly hurt while on a ride. According to sources, 41-year-old Stacey Holdorff was visiting the popular amusement park on January 8 with her husband as part of her child’s sixth birthday party celebration.

The family was attempting to get off a ride in the portion of the park known as the the Magic Kingdom when a boat filled with passengers rammed into the vessel that they were trying to disembark. The plaintiff was catapulted backwards, her daughter slammed into her father’s chest and a Jungle Cruise ride employee was injured.

”This appears to be a case of insufficient safety precautions in the operation of the ride. Customers reasonably expect to be safe from any injury on this sort of attraction,” Tampa lawyer Robert Joyce, who is not involved in the suit, told legal news website Law Firm News Wire.

According to Holdorff’s complaint, she was transported to a local hospital after the incident, where she received medical treatment for spinal and neck injuries. Since January 8, she has reportedly been unable to work, and cannot stand for long periods of time or lift heavy objects. The 41-year-old is expected to need at least two surgeries, which is the news that prompted her to file the suit.

Holdorff is seeking damages in excess of $15,000 despite the fact that her attorney says his client’s medical bills total hundreds of thousands of dollars.

If you live in Missouri and have been injured due to a company’s negligence, then consider finding a personal injury lawyer that will work hard on your behalf. The experienced and locally based attorneys at The Meyers Law Firm can assess your claim, try your case in court and help you recover damages you may be entitled to.