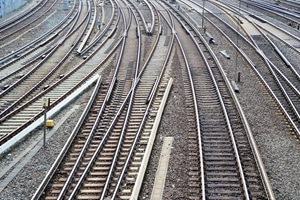 A derailed train that left eight passengers dead and nearly 200 others injured could result in millions of dollars in personal injury claims filed against Amtrak.

Last Tuesday, May 12, an Amtrak train heading into Philadelphia's Frankford Junction ran off the tracks, killing eight of its 238 passengers. Approximately 200 others suffered a variety of injuries in the crash, some of whom were seriously wounded. While legal action has not been taken against the northeast regional train company yet, The Inquirer, a Philadelphia news publication, reports that Amtrak stands to lose millions in potential personal injury lawsuits.

"You can assume almost everyone suffered some kind of injury. When you have someone who is alive and needs ongoing medical care for the rest of their life, the cost can be $15 million or $20 million or more," one personal injury lawyer tells the news source. Another accident attorney adds that, "Given the enormity of the accident, even without assessing the wage loss of some of the folks on the train who seem to be significant earners, I would not believe that a $200 million fund would be adequate."

In 1997, Congress passed the Amtrak Reform and Accountability Act to cap personal-injury damages paid out to those hurt in Amtrak derailments (or the families of deceased victims) at $200 million. According to many injury lawyers, though, this limit would seriously shortchange many potential claimants, who may need tens of millions of dollars per person for either ongoing medical treatment or the loss of loved ones.

If you've been hurt by a third-party's negligence and need help finding a personal injury lawyer to take on you case, contact The Meyers Law Firm right away. Our Kansas City-based injury attorneys can review your claim and assess what your next steps for legal action may be.