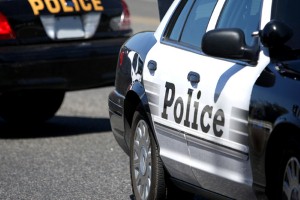 When multiple parties can be held accountable for negligence or wrongful death, experienced personal injury attorneys in Kansas City can help the victims or families of deceased victims secure all applicable damages, even when it takes several attempts to do so.

This issue has been revived in Kansas City news recently as a civil retrial between plaintiffs Shannon Newton, Michael Nolte and Barbie Nolte and defendant Ford Motor Company has just begun to unfold in Jackson County appellate court.

According to reports, Trooper Michael Newton and Michael Nolte were sitting on the roadside in Newton's Ford Crown Victoria police vehicle as Newton issued a warning for a routine traffic violation. Simultaneously, a Trade Winds Distributing pick up truck veered onto the shoulder and struck the car, causing it to burst into flames upon impact. Newton was killed and Nolte suffered serious burns.

Newton's wife Shannon and the Noltes then filed suit against Trade Winds for negligence and against Ford for issuing a vehicle with a fuel tank placement that made the car susceptible to explosion. Because neither Newton nor Nolte broke any bones, the two would reportedly have sustained less extreme injuries if not for the blaze.

When the case went to court, the jury awarded nearly $9 million to the plaintiffs regarding the Trade Winds claim, but judged in favor of Ford because the plaintiff's attorneys were reportedly unable to introduce evidence that suggested a pattern of similar occurrences surrounding Ford-issued police vehicles.

However, reports state that the Missouri Supreme Court issued a new trial as the inability to present evidence against Ford was erroneous.

This case indicates that even when a jury initially finds in favor of a defendant, personal injury attorneys can help victims seek justice upon appeal and retrial.