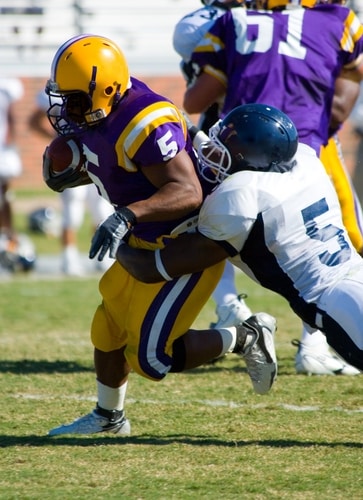 There are many occupational hazards associated with being a professional athlete. However, should an athlete or his or her family believe that the negligence of a professional sporting organization led to irreparable harm, Kansas City attorneys have been able to help prepare a case to be brought before a judge and jury.

This type of case is currently getting significant national exposure after the family of former NFL safety Dave Duerson filed a wrongful death suit against the league.

According to reports, Duerson – who was an active player for 11 seasons with four trips to the Pro Bowl – sustained three concussions during his career. While this is not uncommon, it is reported that the NFL allegedly did not properly address his concussions or warm him of the harm that could manifest should he attempt to play with a brain injury.

As such, reports state that Duerson developed a condition called chronic traumatic encelopathy – a degenerative disease that results in diminished cognitive abilities and dementia. The family is alleging that these symptoms contributed to Duerson's decision to shoot himself in the chest, accompanied by a note asking that his brain be donated to science.

According to court documents obtained by NBC, "If the NFL would have taken the necessary steps to oversee and protect Dave Duerson by warning him of the dangers of head traumas … then [he] would not have suffered dangerous repetitive head trauma, would have recovered more rapidly, and would not have sustained permanent damage to his brain which contributed to his death."

While reports state that this is the first concussion-related incident that led to a death, many other players have experienced similar negligence at the hands of the NFL, and can turn to free consultation lawyers in Kansas City to determine if their case could hold up in the courtroom.