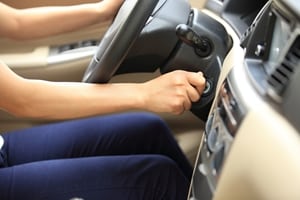 A new statement from General Motors (GM) reveals that the ignition switch flaw discovered in GM vehicles was responsible for at least 19 wrongful deaths.

When the ignition switch malfunction made headlines earlier this year for its link to a number of driver deaths, GM issued a recall of about 2.6 million of its vehicles. It was later revealed that the automaker had known about the flaw for over a decade but neglected to act on it until recently.

According to the Associated Press (AP), GM's own estimate of deaths caused by the ignition flaw has long stood at 13, but the company hired expert Kenneth Feinberg to conduct his own analysis of the damage. In a statement released this week, Feinberg announced that the new estimate now stands at 19 deaths and is likely to rise even further.

"The public report is simply reporting on those [wrongful death claims] eligible to date," Camille Biros, a spokeswoman for Feinberg, tells AP. "There will certainly be others."

To date, Feinberg has received approximately 125 claims alleging faulty ignition switches as causes of wrongful death. A number of these claims are either still being reviewed or pending further documentation.

Although the U.S. National Highway Traffic Safety Administration has not released any totals on the number of deaths, some lawmakers tell AP that it could be as high as 100. An additional 320 claims have also been filed over allegations of injuries caused by malfunctioning ignition switches. At least 12 of these have already been deemed eligible by Feinberg for compensation.

According to Feinberg, GM has not set a cap on damages to be spent in these wrongful death cases, although the final figure could fall between $400 million and $600 million.

If you have suffered the death of a loved one that you believe is the result of corporate negligence, contact the injury lawyers of The Meyers Law Firm as soon as possible.