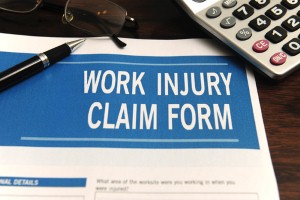 When an employee is subject to injury in the workplace, finding an experienced personal injury attorney is not only valuable to secure proper workers' compensation, but also to explore the potential accountability of a third party who may be responsible to pay out additional damages.

This issue has been highlighted recently by the case of Herrell v. National Beef, a complicated back-and-forth civil suit that's been unfolding near Kansas City for years.

According to court proceedings, in 2009 the plaintiff, Shelley Herrell, an employee of independent contractor Terracon Consultants, was conducting soil tests in preparation for an upcoming construction project at a meat packing facility in Dodge City, Kansas. After stepping into a hole covered by rendering products yielded from the facility's extensive slaughter operations, Herrell sustained an injury to her knee, leading to a successful workers' compensation claim paid by her employer, Terracon Consultants.

However, even after receiving workers' compensation, Herrell filed a third-party suit against the landowner, National Beef, claiming the dangerous conditions were not appropriately marked in the plant.

After the first trial went to court, it was found that National Beef was in violation of Occupational Safety and Health Administration (OSHA) regulations, necessitating a payout of half of Herrell's damages amounting to $250,000.

However, when National Beef brought the case back to the Court of Appeals of Kansas, according to court documents, the appellate court overruled the initial judgement stating "an employee of an independent contractor covered by workers' compensation insurance cannot recover in negligence from the landowner, regardless of the employee's underlying theory of the landowner's liability." This decision was based on the ruling of an earlier case, Dillard v. Strecker, in which a landowner was found not to have liability to an injured employee.

The case was then recently brought to the Kansas City Supreme Court, which ultimately found the appellate court ruling to be "affirmed in part and reversed in part," corroborating an inability to hold National Beef accountable for OHSA violations but still holding that National Beef was obligated to ensure reasonable safety conditions for a subcontractor's employee.

While the case has been remanded back to lower courts for further distinction, it highlights the necessity for injured workers in Kansas City to quickly find an experienced personal injury attorney to gather applicable evidence from the site of injury. This way, the attorney can explore every possible avenue of liability, helping the plaintiff prepare the best case possible.