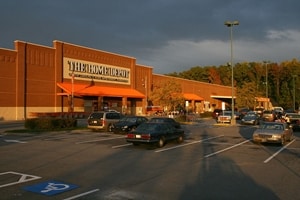 As local residents likely remember all too well, back in May 2011, an outbreak of devastating tornadoes tore through the South and Midwest, killing nearly 200 people, destroying countless homes and businesses and racking up billions of dollars in property damages. The effects of that catastrophe can still be felt today, particularly for one Joplin, Missouri, woman, who has filed a wrongful death lawsuit against a local Home Depot after her family was killed in the storm.

The Kansas City Star reports that during the 2011 tornado, the Joplin resident, along with her husband and two children, took refuge in a Home Depot store. During the storm, though, the Home Depot collapsed, killing her family. Consequently, the Joplin woman is now accusing the store of shoddy building practices and negligence that contributed to the deaths of her loved ones.

Although the retailer's lawyers have classified the storm as an "act of God" that precludes them from liability in related deaths, complaints have been levied at the store's "tilt-up wall" construction methods, where walls are held up and supported by lightweight roofs. In the high-speed winds of a tornado, not only are these roofs easily torn off, but consequently, the rest of the building falls apart, causing "wall panels [to] fall like dominoes," according to the Kansas City Star.

"[The plaintiff's husband and children] were injured and killed as a result of the inadequate and negligent construction of the Home Depot building they entered," states the lawsuit. "Before they could reach [a safer] area, the large unsupported wall panels collapsed on top of them."

If you have lost a loved one to similar circumstances and believe shoddy construction methods are to blame, contact an accident attorney at The Meyers Law Firm to represent your case and fight for any damages you might be owed.