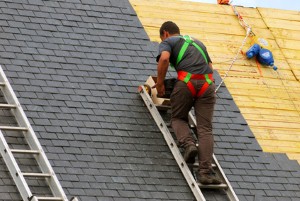 When a construction company sends employees to do work on a building, it is absolutely crucial that officials ensure that the worksite will not present hazards to any staff members' physical well being.

However, according to recent reports, a 44-year-old construction worker named Martin Davis was recently in Clifton, New Jersey, doing maintenance on the roof of a building on his first day with a new company.

While the actual inspection level of this worksite is unclear at this point, Davis fell 40 feet downwards through the roof he was working on into a pool of nitric acid, which was reported to be used for cleaning metal tubing.

Luckily, several co-workers responded extremely quickly. While some reports claim they actually jumped into the acid themselves, it seems that they were able to pull out the fully-submerged Davis without immersing themselves into the acid as well.

Fortunately, the acid had been diluted so Davis' wound were not fatal. However, all the rescuers were sent to the hospital in addition to Davis who reportedly sustained injuries including severe burns, a broken rib and a punctured lung.

Should an incident of this nature happen to any citizens in Missouri, they can turn to a Kansas City personal injury attorney for a free consultation on whether it would be appropriate to file a lawsuit against an employer for negligence.

By taking this measure, a Kansas City lawyer can explain the procedure that requires an investigation by the Occupational Safety and Health Administration (OSHA) to determine if the proper permits were obtained for work to be done in the first place.

Should the OSHA find that the company had violated federal regulations in any of its operational practices, a Kansas City attorney can then help the victim prepare a case against his or her employer to potentially recover damages for lost pay and medical expenses.