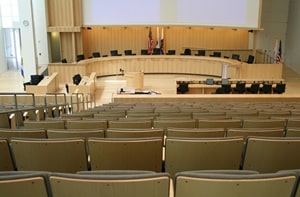 Recently on this blog, we wrote about a cameraman who died while filming a Discovery Channel program this past February. Unfortunately, this isn't the only incident of alleged negligent behavior that has led to the death of an employee working for the popular television network.

According to The Hollywood Reporter, 51-year-old Terry Flanell died while Discovery Communications was filming the pilot of a show called "Brothers in Arms" on a shooting range owned by her and her husband, Melvin Bernstein. The source states that the tragedy occurred during an opening segment of the program when two pyrotechnic devices malfunctioned.

As a result of the incident, Bernstein has filed a wrongful death lawsuit against Discovery and Anthropic Productions, claiming that he suffered emotional distress, financial loss and grief and that his quality of life has been impaired.

Are you a Missouri resident whose loved one has died as a result of a business or individual's negligent behavior? If so, consider finding a personal injury lawyer who will work hard on your behalf. These experienced and locally based professionals can assess your claim, try your case in court and help you recover any damages to which you may be entitled.