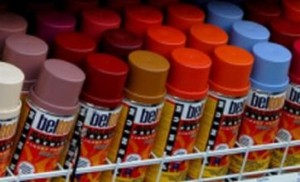 It is not uncommon for citizens to deploy the services of Kansas City attorneys to file civil lawsuits against a municipality or state for various tort claims. In an inversion of this dynamic though, prosecutors in McHenry Country, Illinois, have launched an initiative to curb gang violence in their region by reportedly filing suit against members of the Latin Kings street gang.

According to reports, McHenry County State's attorney Louis Bianchi, in conjunction with the city of Harvard, Illinois, are suing multiple members of the Latin Kings organization, alleging that the gang is a menace to society responsible for committing felonies, violent crimes and property damage.

Reports go on to state that the lawsuit could in fact be expanded to name other members of the gang as defendants should they be charged with participating in two or more criminal activities within five years.

Should the plaintiffs successfully prosecute the defendants, the terms of the lawsuit would dictate that gang members could never associate with any other gang members in public. Moreover, if convicted, court documents state it would be made illegal for the defendants to produce gang-related signs or publicly show gang-related tattoos as well as carry any device that could conceivably be used as a weapon. The lawsuit would even bar convicted defendants from being outside between 10 p.m. and 5 a.m. unless they have a legitimate reason.

Perhaps the most notable clause of the lawsuit though is the filing for $50,000 in damages that court documents say would be paid for the "damages, impairment and harm … caused by the acts of the Latin Kings and any of the named and unnamed defendants.”

While the courts will have to approve of these sanctions before they can be put into place, should gang violence prove to be a problem in Missouri, this case illustrates how Kansas City attorneys could assist in prosecuting violent gang members.