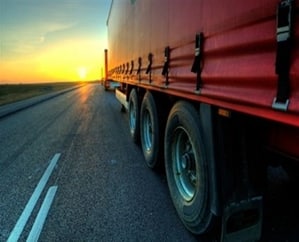 The wife of an Illinois highway trooper that was killed while on the job has filed a wrongful death lawsuit. Local news source the Belleville News-Democrat reported that an attorney representing Sarah Deatherage submitted the complaint in Madison County.

The victim was killed on November 26 after a Georgia truck driver for DOT Foods lost control of his vehicle and crashed into Deatherage. The suit reportedly alleges that DOT Foods acted negligently because it permitted Johnny Felton to operate a large vehicle despite the fact he purportedly suffered from a diabetic condition that caused him to lose consciousness from time to time.

DOT Foods is the largest food redistributor in the United States and the enormous size of the company means that there is always a need for drivers. Deatherage's lawyer claims that hiring vehicle operators that are healthy and taking steps to ensure that they adhere to rigorous safety regulations would be too costly.

"They are seeking drivers all the time," declared the plaintiff's attorney. "They are always looking for someone to drive their trucks."

As of February 25, no criminal charges against the DOT Foods driver have been filed.

The 32-year-old victim was hired by the Illinois State Police on May 31, 2009. In addition to his wife, Deatherage is also survived by his two young children.

It is still unclear how much the plaintiff is suing for or when the case will go to trial.

If one of your family members has died as a result of a business' negligent behavior and you live in Missouri, consider finding a personal injury lawyer that will work hard on your behalf. These experienced and locally based professionals can assess your claim, try your case in court and help you recover damages you may be entitled to.