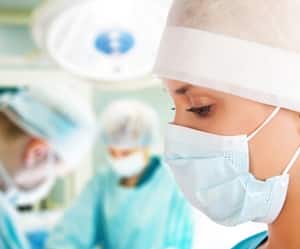 Surgery is scary for anyone, but going under the knife can be especially frightening if you may wake up only to find out you were infected with Hepatitis B during the procedure. This may sound like an incredibly rare occurrence, and it is for the most part, except for the patients of one joint replacement surgeon.

Because of the sensitive nature of this case, the doctor's identity has been kept from the public. According to a report published by the University of Virginia Health System, the surgeon found out he was infected after he pricked himself with a needle and underwent blood tests. The Centers for Disease Control and Prevention (CDC) launched an investigation and began attempting to figure out if patients the contaminated surgeon treated had contracted Hepatitis B as well.

After running tests on 232 individuals the surgeon came into contact with, CDC officials found that two people had the exact same virus as the doctor. Since both strains were genetically identical, scientists were able to conclude the former patients caught the illness from the physician.

This incident occurred in 2009 and the analysis, including results, was published in the journal Clinical Infectious Diseases back in October 2012.

Interestingly, the surgeon said he also wore two pairs of gloves during his surgery, so it is still somewhat unclear how he infected his patients.

"That is a bit of a mystery," study research and hospital epidemiologist at the University of Virginia Health System Dr. Costi Sifri said.

If you have been the victim of medical malpractice and live in Missouri, consider scheduling a consultation with a Lawyer in Kansas City. These experienced and locally based professionals can assess your claim, try your case in court and help you recover damages you may be entitled to.