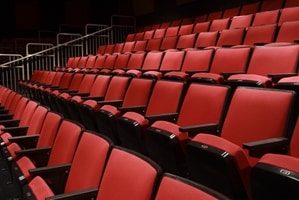 On July 20, 2012, a gunman dressed in black and wearing a gas mask entered a movie theater in Aurora, Colorado, and opened fire on the audience during a midnight screening of "The Dark Knight Rises," the third installment in Christopher Nolan's popular Batman trilogy. Using multiple firearms, he killed 12 people and wounded 58 others.

Now, almost a year later, individuals who were injured and whose loved ones died as a result of the attack are suing Cinemark USA, the company that owns the building where the shooting took place, reports The Associated Press. On April 17, Judge R. Brooke Johnson declined to dismiss plaintiffs' wrongful death and liability claims in response to a motion Cinemark had filed in February arguing that it should not be held accountable.

Cinemark cited the Colorado Premises Liability Act, which covers slip-and-fall incidents and other claims against landowners, but the judge ruled that the plaintiffs' lawsuits were valid and could continue to move forward. The judge also dismissed allegations that the company was negligent in its actions leading up to the tragedy.

If one of your family members has died as a result of negligent behavior and you live in Missouri, consider finding a personal injury lawyer that will work hard on your behalf. These experienced and locally based professionals can assess your claim, try your case in court and help you recover damages you may be entitled to.