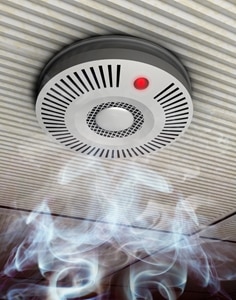 An Alabama judge recently ordered a landlord to pay $500,000 to a woman whose 11-year-old child died in a fire at a property he owned, according to local news outlet The Huntsville Times.

In January 2008, Angela Roddy's daughter, Carrie Crowder, was at home and asleep in her mother's trailer when a fire broke out. The young girl died in the blaze. William Swindall owned the trailer, which he had failed to equip with a working smoke detector.

St. Clair County Circuit Judge Bill Weathington wrote in his ruling that Swindall owned other rental properties in which fires had previously occurred, and in one of those incidents a man died. Weathington said that Swindall "knowingly and intentionally" ignored the potential risks of failing to install working smoke detectors. He went on to say that based on the forensic evidence, Crowder would likely have escaped the fire had an alarm woken her.

"No amount of money can bring this young lady back to her family," Glasscox told the source. "I hope [the verdict] sends a message to slum lords that they can't ignore the law, and if they do they will eventually get caught and there are consequences, and in this case, the death of a child."

According to court documents, the state deputy fire marshal testified that he had warned Swindall twice about the need to provide tenants with working smoke detectors, before Roddy even moved into the trailer.

Do you believe that you or a loved one has been injured because of the negligence of a landlord or other individual? If so, you may be entitled to seek civil damages. You should immediately contact the free consultation lawyers at The Meyers Law Firm. We can assess your claim and help you recover any damages to which you may be entitled.