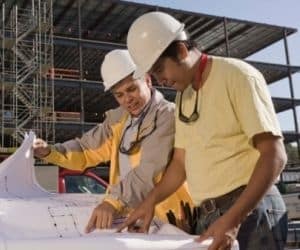 An Illinois iron worker who was severely injured after he fell while on the job was told that he would receive $64 million in compensation. Plaintiff Ronald Bayer, a former employee of general contractor Panduit Corp., was working on an addition to a warehouse in DeKalb in 2007 when he plummeted 15 feet from a steel beam onto the concrete ground below. As a result, he was paralyzed from the chest down except for the bit of movement that he has in his arms.

The defendant’s personal injury lawyer said that the plaintiff was to blame because he reportedly failed to attach himself to the structure from which he was working using a safety harness. However, Bayer’s attorney contested his opponent’s claim. He said that the Tinley Park-based contractor did not offer the injured man cables that could have prevented the accident.

To date, Bayer suffers from constant pain in his neck. He is required to take medication and has full-time caregivers helping him reposition himself while lying down in an effort to prevent bedsores, which have already resulted in several surgeries.

The $64 million jury-awarded verdict is the highest that Illinois has ever recorded.

”This is a very large award, but it clearly reflects the catastrophic nature of Mr. Bayer’s injuries and great pain and suffering,” a Chicago personal injury lawyer who was no affiliated with the case, Paul Greenberg, said in a statement. ”Construction is dangerous work, and employers need to be vigilant in maintaining proper safety precautions, particularly fall protection.”

If you live in Missouri and have endured injuries because of someone else’s negligence, then don’t be a victim any longer. Consider scheduling a consultation with a  lawyer in Kansas City. The experienced and locally based professionals at The Meyers Law Firm will assess your claim, try your case in court and help you recover damages you may be entitled to.