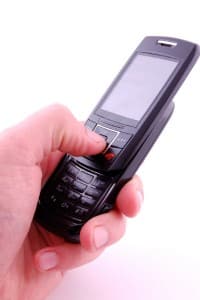 Military schools may be notorious for promoting intensive discipline and a rigorous academic curriculum in order to build character within its students. However, when that discipline begins to bleed into physical and mental harassment, the argument of character building is no longer viable and the school can be held responsible for negligence.

In instances such as this, abuse victims and their families have been able to turn to Kansas City personal injury attorneys to help prepare a case against a negligent school to be heard by a judge.

However, it may be the case that the defendants may make the process more difficult by illegally deleting evidence that could indicate their wrongdoing.

This issue has recently surfaced within an ongoing litigation filed by the families of several students who were allegedly victims of systemic hazing at St. John's Military School in Salina, Kansas. According to reports, the school would appoint older students as "Disciplinarians," who in their role as authority figures would allegedly harass other students with severe physical beatings and humiliation. The suit further alleges that staff were aware of the abuse and were even present at times.

But, according to a local Kansas news source, the school allegedly collected students' cell phones with the intentions of deleting any incriminating evidence.

In response, the plaintiff's Kansas City attorney is seeking a motion in the courtroom to protect any electronic evidence from being manipulated in any way by the school, and has asked for an expert to be brought in to ensure all case-related data is managed properly.

Though the victims may have suffered both physical and emotional damage, this developing case illustrates how Kansas City lawyers can help their clients fight against the illegal destruction of evidence to provide the best chance of recovering damages.