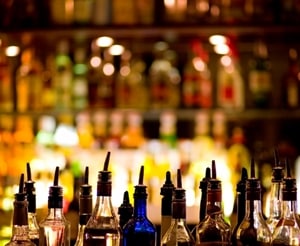 One woman is filing a wrongful death lawsuit against a bar in Kansas City's Westport neighborhood for playing a part in a drunken driving incident that killed her son.

Local affiliate KCTV-5 News reports that a 68-year-old man was killed by a drunk driver at the corner of 7th Street and Interstate 35, on September 18, 2013. The victim's mother alleges that the Westport bar Buzzard Beach is partly responsible for her loss, having served alcohol to the perpetrator. At the time of the accident, the driver's blood alcohol content (BAC) level was far over the legal limit of 0.08. According to the complaint, the driver had already been visibly intoxicated when he started ordering drinks at Buzzard Beach, and the bar's owner was negligent in continuing to serve the man.

The news outlet interviewed other local bartenders on the matter, some of whom believe that the responsibility for not getting behind the wheel after drinking falls entirely on the driver, while others agreed that the bar should work not to over​serve patrons but can only go so far.

"It's definitely the individual's responsibility to make sure the person is in an OK state to drive," one bartender tells the source. "Certainly the bar can help with that and not overserve somebody, but I think, at the end of the day, the person that puts the key in the ignition is the responsible one."

According to the news affiliate, the victim's mother is seeking $25,000 in damages from both the bar and the driver responsible.

If you believe another party — whether an individual or a business — is at fault for the death of a loved one, contact the reputable Kansas City attorneys of The Meyers Law Firm to fight for the restitution you may be owed.