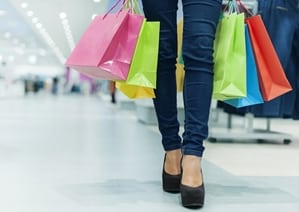 Last October, a Southeast Kansas woman filed a lawsuit against a local Wal-Mart Supercenter for injuries she sustained during a Black Friday promotion in 2013. Three months later, the case has now moved into federal court.

According to local news publication The Joplin Globe, Fort Scott resident Amanda DuVall had visited the Wal-mart on 2500 S. Main St. on Friday, November 28, 2013, for a $49.99 tablet sale that was beginning at 8 p.m. that night.  While DuVall was reportedly at the front of the line that had gathered, once Wal-Mart employees "cut the wrapper off a pallet on which tablets were shipped" to signal the start of the sale, she "was suddenly thrust forward from behind, [and as] her body fell violently to the floor, her face struck the hard tile and other customers stomped on her."

The incident, her lawsuit contends, resulted in injuries to her head, neck and back, leaving her with not only pain but also a "loss of enjoyment of life and earning capacity." In her complaint, DuVall alleges that Wal-Mart did not take enough measures to supervise the crowd's behavior and prevent any violence from breaking out. What's more, she accuses, is that Wal-Mart deliberately misrepresented how many of the on-sale tablets they had in stock, resulting in demand that was far greater than the available supply and facilitating "aggressive behavior" among shoppers.

For her injuries and the future impact they may have on her life, Duvall is seeking over $75,000 in addition to punitive damages.

If you've been the victim of a similar incident and need help finding a personal injury lawyer, look no further than The Meyers Law Firm. Our legal experts can deftly manage your case in court and fight for any compensation you may be entitled to.