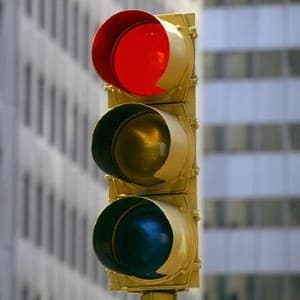 A study conducted by the Kansas City Police Department has revealed that red light cameras installed in the city two years ago have reduced red light running crashes.

The analysis, which was presented to the Kansas City Police board members on May 22, showed that red light crashes at the 17 intersections with safety cameras had gone down 65 percent after the first year, then 54 percent after the second, according to a press release from American Traffic Solutions (ATS), the company that supplied the traffic cameras for Kansas City and also assisted the police department with their report.

According to ATS President and CEO James Tuton, those statistics show that "red light cameras are clearly working in Kansas City to modify driver's behavior when it comes to intersection safety."

A shift in driver behavior is necessary throughout the state as well. Cases involving red light crashes are commonplace for any car accident attorney in Missouri. The National Highway Traffic Safety Association has listed the state as the 11th deadliest in the country for red light collisions.

However, not all drivers caught on camera in Kansas City were blatantly disregarding the law. The report shows that bad weather and inattention were the key causes for many rear-end crashes at intersections in the city.

If you've been involved in a red light collision and are considering taking legal action, contact a lawyer in Kansas City to review your case.