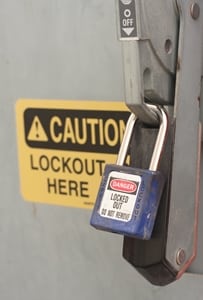 A lawsuit over an Arkansas construction worker's death could go before a federal jury by the end of 2014, reports 5News in Fayetteville. Brannon Rhine, 20-years-old, died last May at the apartment construction site where he was working. Rhine was reportedly killed when the hole he was standing in collapsed and buried him. He left behind a pregnant fiancée.

Rhine's family filed a lawsuit against Business Construction Services LLC, alleging that the company was negligent and that Rhine's death was preventable.

"There are black-and-white rules that have to be followed that were not followed," family attorney Sach Oliver told 40/29 News last September. "And what happens when you don't follow those safety rules, you're pushing those profits and those deadlines, people get hurt. In this case, a 20-year-old man with a baby got killed."

According to 5News, Business Construction Services LLC argued in court documents that Rhine was responsible for his own death, having failed to act in accordance with common sense safety measures.

Last July the federal Occupational Safety and Health Administration (OSHA) fined the company $7,600 for unsafe working conditions at the Fayetteville construction site. The official citation says Business Construction Services LLC exposed its employees to slip-and-fall hazards in a trench that was more than six feet deep, and that the ditch did not have the federally mandated ladder, ramp or other safe means of entry and exit. The report also states that the hole should have had additional structural support in place to prevent the cave-in that killed Rhine.

If you have lost a family member as a result of another party's recklessness or negligence, it may be within your legal rights to file a civil lawsuit and seek damages on behalf of your loved one. Contact Kansas City attorneys like the legal professionals at Meyers Law Firm.