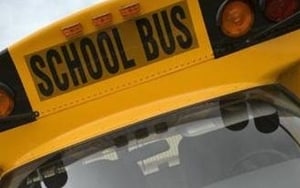 Last December, two Knox County school buses were involved in a collision that killed two elementary school students and a teacher's aide. The driver of one the buses, James Davenport, was allegedly texting when he crossed over a concrete median and slammed into another bus. Before his death this past Monday, Davenport faced three lawsuits, with another two pending.

Six-year-old Zykia Burns, seven-year-old Seraya Glasper, and 46-year-old Kimberly Riddle all died in the crash on their way home from Sunnyview Primary School.

Christopher Cherry, the father of Seraya Glasper, had filed a $3 million wrongful death suit against Davenport and Robert Burroughs, the owner of the bus, arguing that Davenport was at fault for failing to maintain control of his bus and stay in his lane.

Joe Gallman, the driver of the bus Davenport crashed into, filed a $1.5 million personal injury suit on the same grounds, citing both physical and psychological damage. The parents of Sydney Wynn, a passenger on Gallman's bus, have also filed a lawsuit.

After Davenport's death, Greg Isaacs, the Knoxville attorney representing the families of Seraya Glasper and Kimberly Riddle, indicated that he still plans to move forward with their cases.

According to police, Davenport died of natural causes, though they are still waiting on the results of an official autopsy.

If you've been hurt due to another party's negligence and need to find a personal injury attorney to take on your case, contact The Meyers Law Firm. Our professional attorneys will review your claim and determine what your next steps for legal action may be.