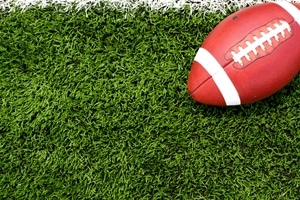 When someone you love dies unexpectedly, don't settle for mediocre legal representation when it comes to recovering damages you may be entitled to. Instead, it's in your best interest to find a personal injury attorney who will pursue justice on your behalf.

The family of a man who died after being kicked out of a football game last fall has filed a wrongful death lawsuit against local government agencies.

According to Buffalo, New York, news station WGRZ-TV, 26-year-old David Gerken, Jr. was ejected from a Buffalo Bills vs. Miami Dolphins game at Ralph Wilson Stadium in Buffalo on November 15, 2012, for disorderly conduct. He had been at the event with family members.

The victim had been drinking, and the plaintiffs claim that stadium employees were negligent in letting him letting him leave alone while clearly intoxicated. After exiting the facility, Gerken went missing, and was later found dead in a nearby stream, reports the source. In addition to suing the stadium, the family has also filed a lawsuit against the county, alleging that "the area where Gerken died was 'poorly lit' and 'incompletely fenced' and that Erie County had 'notice of the hazard and failed to correct it.'"