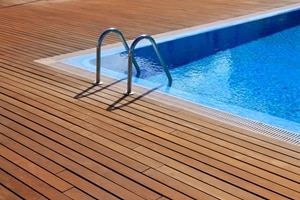 The mother of a man who drowned in a swimming pool at the Jamerson Family YMCA in Lynchburg, Virginia, has filed a $10 million wrongful death lawsuit against the association, alleging that her son, 39-year-old Richard Duffy, died as a result of a lifeguard's negligence.

According to the News & Advance, a local newspaper, Duffy was underwater for a total of six minutes before the lifeguard responded, and by that point he was unresponsive. The incident occurred on May 29, and the victim died on June 1.

"Duffy's death was the result of injuries he sustained while in the pool," state court documents, as noted by the news outlet. "Had Duffy been pulled from the pool immediately upon showing signs of distress, it is likely he would not have died from injuries related to being in the pool."

Meanwhile, ABC 13 News reports that the YMCA is seeking to have the lawsuit dismissed, claiming that "the plaintiff failed to allege any facts that the breach of duties was a proximate cause of Duffy's death."

While nothing can truly ever compensate for the untimely loss of a loved one, there are ways to hold the responsible parties accountable for their negligence or recklessness in certain situations. To determine if you have grounds to file a wrongful death lawsuit, it is in your best interest to find a personal injury attorney in Kansas City as soon as possible. These experienced professionals can assist you through the complex legal process and help you recover damages to which you may be entitled.