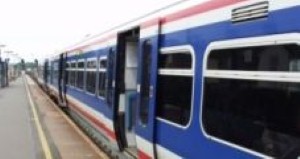 Almost nine years after a Plainfield, Illinois, woman was injured in a train crash, the locomotive company and the victim's lawyer have agreed to settle a personal injury lawsuit. According to various sources, 54-year-old Kathryn Kuk will be getting $1.8 million in damages.

On October 12, 2003, the Meta train involved was near Chicago's South Side. It was reportedly traveling almost 70 miles per hour (mph) when the speed limit was 10 mph. Officials from the the National Transportation Safety Board announced that 47 people were hurt as the locomotive bolted through a crossover.

As a result of the incident, Kuk was forced to undergo two lower-back surgeries said her personal injury attorney, Timothy Cavanagh. However, her suffering isn't over yet said Cavanagh. Multiple news outlets stated he told reporters that his client will need more operations in the future.

This isn't the only time that Meta has been in the news. On September 17, 2005, one of its trains was derailed near the site of the accident in 2003. The company said it was going to pay $11 million to the families of two females who were killed in the incident.

In an effort to prevent more occurrences like these in the future, Meta is making plans to institute "positive train control," which uses advanced technology and computers to locate trains and prevent them from derailing and running into each other. However, according the Chicago Tribune, Meta spokesman Michael Gillis says it isn't easy.

"It is very complex to put this in, especially in Chicago," said Gillis. "It's not just a matter of getting the technology right but coordinating with our freight (railroad) partners. Everybody's system has to talk to each others'."

Installing "positive train control" is expected to cost anywhere between $150 and $200 million.

If you have been injured in a car, plane or train crash and live in Missouri, you may benefit from a consultation with a personal injury attorney. These experienced and locally based professionals can assess your claim, try your case in court and help you recover damages that you may be entitled to.