Metro-North ordered to pay over $250,000 to Connecticut employee following injury and retaliation 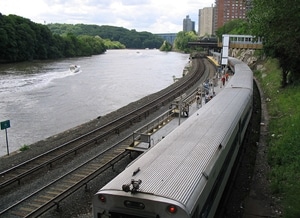 The Occupational Safety and Health Administration (OSHA) has levied its largest ever amount of damages for employer retaliation at Metro-North Commuter Railroad Co., after the railroad retaliated against an employee who suffered and reported an on-site injury.

According to an OSHA press release, one of the commuter rail service's coach cleaners sustained a knee injury on the job in November 2011. A Metro-North supervisor then drove the wounded employee to a hospital for treatment, but during the trip, he intimidated the man, telling him that "railroad employees who are hurt on the job are written up for safety and are not considered for advancement or promotions within the company."

When the worker ultimately did file a report about the injury, he was issued with disciplinary charges by Metro-North, prompting the man to then complain to OSHA in 2012 and again in 2013 when Metro-North took even more disciplinary actions against him.

"When employees, fearing retaliation, hesitate to report work-related injuries and the safety hazards that caused them, companies cannot fix safety problems and neither employees nor the public are safe," said Dr. David Michaels, Assistant Secretary of Labor for Occupational Safety and Health, in an official statement. "In this case, the Metro-North's conduct was deliberate and discriminatory, and we have assessed the maximum amount in punitive damages allowed under the law."

OSHA has ordered Metro-North to pay $250,000 in punitive damages to the employee, as well as an additional $10,000 in compensation and attorney fees. Metro-North also must strike the disciplinary charges from the employee's record.

If you have been hurt in the workplace or are suffering harassment at work because you reported an injury, contact The Meyers Law Firm right away. Our expert injury attorneys can manage your case and fight for any damages you might deserve.