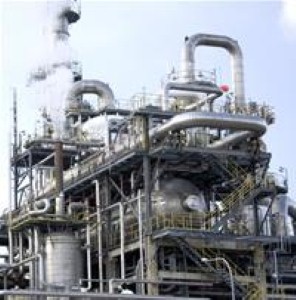 Although a workplace injury can occur in any setting, there are certain locations where employees face a greater risk of personal harm. Individuals with professions that involve regular contact with hazardous materials have to be especially vigilant on the job. However, accidents happen, and even the most cautious worker can end up in harm's way.

At 8:15 a.m. on June 16, Bill Farley, a 56-year-old man from Steele, Missouri, was injured in an explosion at the National Biodiesel Plant, which he co-owned. The Daily Dunklin Democrat reports that Farley was dumping a bucket of resin into a plant tower from a catwalk when the explosion occurred.

A coworker then called 911 and told the dispatcher that there had been an explosion at the plant, but that the fire had been contained. At that point, Farley was taken to the nearby Pemiscot Memorial Hospital in a private vehicle to receive treatment for his burns. CBS affiliate KFVS adds that Farley was later transported by air to the Elvis Presley Trauma Center in Memphis, Tennesee.

While it is unclear if Farley will be enlisting a personal injury lawyer to recover damages from the incident, the Hayti Police Lieutenant who arrived on the scene chose to inform the Missouri Fire Marshal's Office and Occupational Safety and Health Administration about the explosion, according to reports.

Regardless of their professions, employees who have been injured on the job may have the right to take legal action. Missouri residents who have been harmed in the workplace should find consult a personal injury attorney in Kansas City to review local laws and determine if they have cause to seek damages.