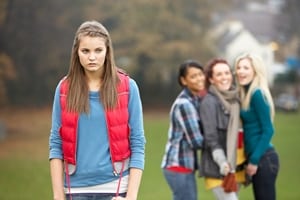 There's nothing more tragic than the untimely death of a loved one, and it can be extremely difficult to move on from such an unfortunate situation. However, if you believe that your family member died due to another party's recklessness or negligence, you may have grounds to file a civil lawsuit and seek monetary damages to which you may be entitled in a court of law.

According to WOFL-FOX35 News in Orlando, Florida, the mother of a 12-year-old girl who committed suicide recently announced that she plans to sue her daughter's alleged bullies.

"I am going to make sure that other children are not tormented like my daughter was […] I have decided to file wrongful death lawsuits in the civil court," Tricia Norman announced in a press statement.

Good Morning America reports that the 12-year-old and 14-year-old girls that Norman plans to sue "were originally arrested and charged with cyberstalking" following Rebecca Sedwick's death, but the charges were dropped last week. Norman claims that the girls tormented Sedwick online, which led to her daughter choosing to take her own life.

If one of your family members has died as a result of an individual's negligent behavior and you live in Missouri, it is in your best interest to find a personal injury attorney who can aggressively pursue justice on your behalf. While nothing can ever truly make up for the loss of a loved one, these experienced professionals can assess your claim, try your case in court and help you recover damages to which you may be entitled.