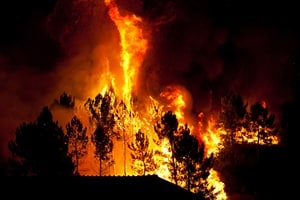 It's difficult to move forward following the death of a family member — especially if you have reason to believe that he or she would still be alive if not for another party's reckless or negligent behavior. That being said, there are ways to seek the justice you deserve, like finding a personal injury lawyer and filing a civil lawsuit as soon as possible.

According to The News-Sentinel, an Indiana news outlet, the mother of a woman who died in a fatal fire at her Fort Wayne rental home on December 13, 2011 has filed a wrongful death lawsuit against the owners of the residence.

The source reports that 19-year-old Jonette Chacon and her finance, Carson Tubbs, died of smoke inhalation from what investigators ruled was an accidental fire that started shortly after 3:30 a.m. The plaintiff alleges that the defendants, Fred Sheets and Tina Snodgrass, "were negligent in failing to warn Chacon of conditions within the premises that they knew or should have known could cause her harm," states the news outlet. Additionally, she claims that the residence didn't comply with the city's fire code, noting that there were no smoke alarms present inside the home.

It is unclear how much money the plaintiff is seeking in damages.

While nothing can ever truly compensate for the untimely death of a loved one, there are actions you can take to hold responsible parties accountable for their reckless or negligent behavior. By filing a wrongful death lawsuit with the help of an accident attorney, you can seek monetary damages to which you may be entitled.