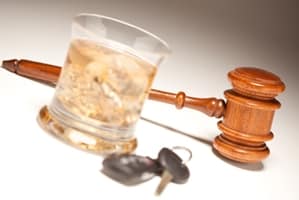 If one of your family members dies as a result of another person's actions, you may be able to file a civil lawsuit in addition to any criminal charges that are brought against this individual. By filing a wrongful death lawsuit, you can seek damages in a court of law to compensate for the loss of your loved one and help you find the closure you need to move forward following such a terrible tragedy.

The mother of a 26-year-old Virginia male who was killed in a car accident on April 21, 2012, has reached a settlement with the drunk driver responsible for the crash, reports The News & Advance, a regional news outlet.

According to the source, 30-year-old Amy Phillips crashed her Ford Explorer into a Honda Civic as the latter vehicle entered an apartment complex in Lynchburg, leaving its two passengers dead. Law enforcement officials later determined that Phillips was intoxicated and speeding at the time of the crash. She was convicted of manslaughter and DUI in criminal court, and is currently serving time in prison.

The news outlet notes that the mother of one of the men who died in the accident sued Phillips, seeking $1 million in compensatory and punitive damages. She ultimately reached a $100,000 settlement with Phillips's insurance company.

Car accidents are horrible tragedies that can change people's lives in the blink of an eye. If someone you love has died in a crash and you believe that another individual's recklessness or negligence led to this unfortunate outcome, it's in your best interest to find a personal injury attorney immediately. These experienced professionals can take on your case and do everything in their power to help you recover damages to which you may be entitled.