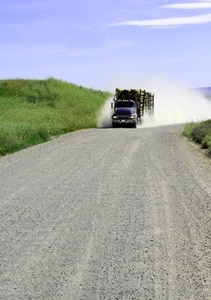 If one of your family members has died in an accident and you have reason to believe that it is due to another party's recklessness or negligence, you may have grounds to file a civil lawsuit. To begin this discussion, it's a good idea to contact personal injury attorneys as soon as possible.

According to MLive.com, a Michigan-based news publication, the mother of a 22-year-old male who died in a car accident on September 12, 2011, has been awarded upwards of $2 million in economic and non-economic damages. The source reports that the victim, Christopher Groulx, was driving on Garfield Road in Garfield Township when he crashed into a John Deere logging vehicle driven by Shawn Muma Logging employee Danny Bard Jr.

The plaintiff claimed that Bard's truck, which was traveling at about 15 miles per hour, "did not have the required lights Groulx would need to see it," states the news outlet, citing this as the reason for the collision. Thought he defendants tried to suggest that Groulx wasn't as alert as he should have been at the time of the crash, the jury determined that there was nothing the 22-year-old could have done to avoid hitting the truck.

In the event that your loved one dies due to another individual's negligent behavior, it may be in your best interest to file a wrongful death lawsuit. To get this process started, consider finding a personal injury lawyer in Missouri who you can count on to work tirelessly on your behalf. These experienced professionals can assess your claim, try your case in court and help you recover damages.