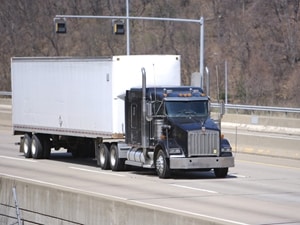 When one of your family members dies in an accident, there's nothing that can truly make up for the loss. However, with the help of personal injury attorneys, you may be able to file a civil lawsuit against the responsible parties and hold them accountable for their actions.

On August 14, 2013, 24-year-old Amelie Le Moullac was run over by a truck while riding her bicycle in San Francisco. Last week, the victim's mother, Jessie Jewitt, filed a wrongful death lawsuit against 45-year-old truck driver Gilberto Alcantar and Daylight Foods, the company he worked for and whose vehicle he was operating at the time of the accident.

According to San Francisco media outlet ABC7 News, Jewitt's personal injury lawyer claims that Alcantar was "driving too fast to make a safe right turn [and failed to follow] proper procedure when there's a bike lane and you're making a right turn."

Jewitt described the painful moment when she saw her daughter in the hospital minutes after doctors had declared her dead.

"At that point, she was still warm and I could touch her hand, and they said she had severe head trauma, and she had blood coming out of her ears which I took and I put as a sign of the cross on my hands to remember her forever."

Are you a Missouri resident whose loved one has died as a result of a business or individual's negligent behavior? If so, consider finding a personal injury lawyer who will work hard on your behalf. These experienced and locally based professionals can assess your claim, try your case in court and help you recover any damages to which you may be entitled.