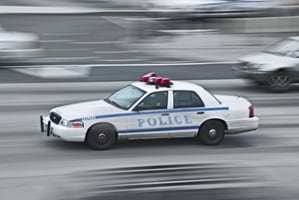 On the evening of October 19, 2012, 21-year-old Andrea Castillo was killed when the Jeep she was in – driven by her boyfriend, Marco Barrios – collided with a police cruiser. Law enforcement officials who investigated the incident, which occurred in Hialeah, Florida, determined that Barrios had driven through a stop sign and was at fault for the accident, but Castillo's mother believes otherwise.

According to NBC 6 South Florida, Susie Castillo has filed a wrongful death lawsuit against the city, claiming that Officer Raul Somarriba, the driver of the police cruiser, was responsible for the wreck. The plaintiff's attorney, Carlos Silva, told the source that Somarriba was driving irresponsibly at the time of the incident, and that he has the surveillance video to prove it.

"What it shows is the officer doing a very high rate of speed in a 40-mile-an-hour zone," Silva said, noting that Somarriba was on his way to a non-emergency call. "We know that this vehicle was traveling well over 80 miles an hour, we also know he blew through a red light."

The lawsuit also claims that rescue crews who responded to the accident gave Somarriba preferential treatment over Castillo.

The plaintiff told the source that she wants to receive the justice she deserves on behalf of her daughter.

"When [police officers] do something wrong, they're accountable," Silva added. "They should be held responsible, and not hide behind the badge."