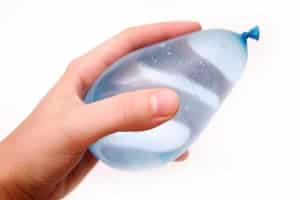 A female Missouri State University (MSU) sorority sister has made the decision to file a personal injury lawsuit after she was injured by a water balloon that fraternity brothers were launching on campus. According to sources, psychology major Emma Rap, a member of Delta Zeta, was attempting to leave her home after a Greek life meeting on September 11, 2011 when she was told that the young men from Phi Delta Theta were causing a commotion.

During the meeting, the brothers stood outside the sorority house and used a powerful slingshot apparatus to hit the sisters with the balloons. The launcher was allegedly used by Ryan Owens, William Pschier and Anthony Pschier.

The Delta Zeta sisters purportedly asked the three young men to stop, but they refused to do so. The plaintiff looked outside her sorority’s house to see if they were gone when one of the balloons hit her in the eye.

According to court documents, ”Emma’s eye began bleeding and hemorrhaging. Emma was in pain. Emma’s eye swelled shut. She suffered extensive swelling and confusion throughout her eye, hemorrhaging in her eye, fracture of her right orbital walland herniation of the orbital fat of her eye.”

MSU’s campus paper revealed that since she was struck, Rapp has endured long-lasting headaches, vision problems, loss of visual activity and light sensitivity. The plaintiff will also reportedly need extensive medical care because of the injuries she suffered.

Despite the allegations, however, the fraternity released a press statement that said “While we share in the concern for Ms. Rapp and her well-being, Phi Delta Theta has not yet been served with the lawsuit. Phi Delta Theta will respond appropriately to the suit in accordance with the laws of the State of Missouri.”

If you have been hurt due to someone else’s negligence, then consider scheduling a consultation with injury attorneys in Kansas City. These experienced and locally based professionals can assess your claim, try your case in court and help you recover damages you may be entitled to.