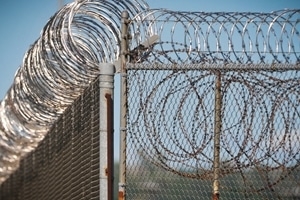 The mother of Oregon murder victim Deborah Lee Higbee-Benton has filed a wrongful death lawsuit against her former son-in-law. Irene Berg, 70-years-old, is seeking $900,000 in civil damages from the man accused of killing her daughter. Higbee-Benton was found dead in her beauty salon in 2011. She had been strangled and shot.

The complaint states that Berg's loss of her daughter's companionship, support and guidance has caused her enormous suffering.

"She's looking for justice for her daughter," attorney Carol Hepburn told local FOX News affiliate KPTV. "She wants her daughter's story to be heard in a way that lets people know what a good person Deborah was, and what a support she was to her mother and how sorely she's missed."

Lynn Benton, a former police officer in Gladstone, Oregon, is accused of plotting his wife's murder for months. He is currently awaiting a murder trial, scheduled for February 2015.

Benton's friend, Susan Campbell, previously pleaded guilty to participating in a murder-for-hire plot resulting in Higbee-Benton's death. However, The Oregonian reports that prosecutors recently announced they had rescinded her plea deal. They did not provide further details.

Campbell's son is also charged in the plot. He was convicted in April on separate charges of sexually abusing young girls, according to The Oregonian.

If you believe your family member was killed or injured in Missouri as the result of the actions of an individual or group, you may have the right to seek damages on your loved one's behalf. You should contact experienced personal injury lawyers as soon as possible. The Kansas City attorneys at Meyers Law Firm can assess your claim and help you recover any civil damages to which you may be entitled.