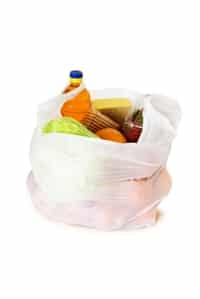 If you believe that an individual or business's negligence or recklessness led to the death of a family member, it is in your best interest to find a personal injury attorney who can help you file a civil lawsuit and seek damages to which you may be entitled.

According to UPI.com, Nebraska widower William Freis has filed a wrongful death lawsuit against Walmart, alleging that an overstuffed plastic bag ultimately caused his wife, Lynette, to die from an infection almost a year later.

The source reports that Lynette was carrying a bag containing two 42-ounce cans of La Choy and two pounds of rice after grocery shopping at Walmart on April 16, 2010. The bag purportedly broke open and a can of La Choy fell on the victim's right foot, breaking her toe and leaving her with a large gash.

In his lawsuit, Freis claims that his wife suffered a serious infection in her foot — which eventually spread throughout her entire body — as a result of the incident. In spite of undergoing two surgical procedures and receiving treatment for the infection, Lynette died on March 22, 2011.

"The lawsuit says Walmart was negligent for not properly training its employees to prevent overfilling of grocery bags, and knowing when to double-bag the groceries," states the news outlet. "The suit also says Lynette Freis was provided with a defective grocery bag."

In the event that your loved one dies due to another individual's negligent behavior, it may be in your best interest to file a wrongful death lawsuit. To get this process started, consider finding a personal injury lawyer in Missouri who you can count on to work tirelessly on your behalf. These experienced professionals can assess your claim, try your case in court and help you recover damages.