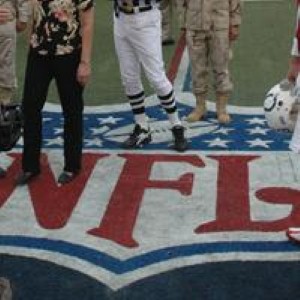 In some cases, the full effects of a work-related injury may not actually present themselves until long after an employee has retired. But, that doesn't mean that an individual can't find a personal injury attorney to help take necessary legal action against that employer.

The Associated Press reports that more than 80 former professional football players have come together to compile a mega-lawsuit against the NFL, claiming that the organization concealed the long-term effects of injuries suffered on the field. The official complaint was filed in Philadelphia on Thursday.

According to the official documents, the NFL is charged with "negligence, fraud and conspiracy." The former players are seeking a "declaration of liability" as well as damages in the form of "injunctive relief and financial compensation […] for chronic injuries, financial losses, expenses" and other "intangible losses."

Many former players are currently suffering from neurological disorders including Alzheimer's and dementia, and through this lawsuit, their lawyers are aiming to hold the NFL accountable. The complaint also stipulates that the NFL should provide medical monitoring for former football players who aren't currently showing symptoms of these conditions.

The legal documents also include an accusation that the NFL actively encouraged players to expose themselves to extreme injuries, and increased the likelihood of chronic brain damage by requiring players to return to the field before fully recovering from concussions.

The plaintiffs are former players of a wide age range from teams around the country, including the old St. Louis Cardinals and the St. Louis Rams, the source reveals.

Though most football players know injury is a risk in their profession, these plaintiffs took legal action because they were not informed about the full extent of the damage caused. Even Missouri residents with high-risk jobs have a right to consult a personal injury attorney in Kansas City if they feel they have reason to recover damages from their employers.