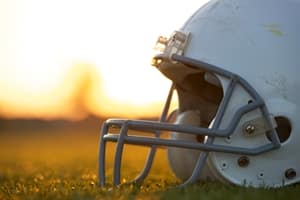 While it seems that concussions among NFL players have been occurring more frequently lately, the unfortunate truth is that they've always been there and we're only now just becoming aware of it. In the case of one pro football player who committed suicide following concussions and head trauma incurred during play, the family is even accusing the league of suppressing and failing to address these mental health issues until it's too late.

The Akron Beacon Journal reports that Paul Oliver, a former running back with the San Diego Chargers, took his own life in September 2013 at just 29-years-old. A subsequent pathologist report indicated at the time of his death, Oliver had been suffering from a degenerative brain condition known as chronic traumatic encephalopathy (CTE). Responsible for such symptoms as depression, dementia and memory loss, CTE is known to be brought on by repeated head trauma — which Oliver's family is blaming on his football career.

"The suit alleges that Oliver's death was a direct result of the injuries, depression and emotional suffering caused by head trauma and concussions as a result of playing football," the Journal writes. "The suit contends the NFL and others knew for decades about risks associated with such injuries but concealed the information leaving Oliver ignorant about the risks of play."

According to the source, recently released data provided by the NFL indicates that as many as 30 percent of all players will incur "debilitating brain conditions" during their lifetimes. The Oliver family's wrongful death complaint argues that the league not only encourages traumatic head injuries as part of play, but also dismisses the effects that these concussions can have on players' mental health.

If you have ever lost a loved one to what you believe is another party's negligence, contact The Meyers Law Firm for an accident attorney that can assess your wrongful death claim and fight for the damages your family may be owed.