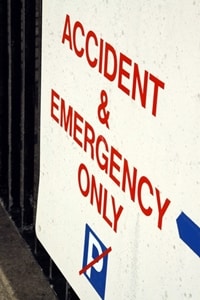 The family of a North Chicago man is urging that criminal charges be brought on behalf of their loved one who allegedly died at the hands of officers. According to sources, Darrin "Dagwood" Hanna was arrested in November 2011 and was subjected to an extended period of abuse, during which six police officers exposed him to 20 minutes of shocks from a stun gun. He was brought to the hospital and died one week later.

His relatives say that he was not resisting arrest and therefore should not have been exposed to such cruel treatment. Although the 45-year-old's death was originally "undetermined," the county coroner recently changed it to "homicide."

''The death of this man after being taken into police custody is a tragic event,'' said Robert Briskman, a Chicago wrongful death attorney who is not affiliated with the case, according to press release website Law Firm News Wire. ''Whether the police officers acted improperly is something that will be decided through the legal process.''

"I'm glad to see the wheels of justice are turning,'' Ralph Peterson, Hanna's cousin, told The Chicago Tribune. ''We're overwhelmed because we've been saying it was homicide since 2011. Here it is 2013 and they're just now realizing it.''

A wrongful death lawsuit has also been filed against the city of North Chicago.

If someone you love has died because of someone else's negligent act and you live in Missouri, consider finding a personal injury lawyer who will work on your behalf. These experienced and locally based professionals can assess your claim, try your case in court and help you recover damages you may be entitled to.