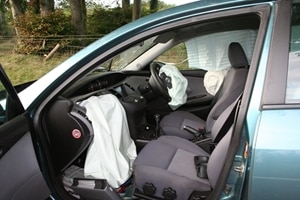 Since news hit of an ignition switch defect in cars issued by General Motors (GM), a flurry of injury and wrongful death complaints have been levied against the automaker, holding the defective vehicles and the company's own negligence responsible for any related harm or loss of life incurred. To resolve the situation, GM hired attorney Kenneth Feinberg to sift through the pile of complaints and assess which ones qualified for compensation, setting a hard deadline of January 31, 2015, for allegedly wronged parties to file their cases with the automaker.

In the two months since, Feinberg has reviewed 3,079 complaints of the 4,342 submitted. While an initial estimate had linked the faulty ignition switch to just over 30 fatalities, an updated analysis has now revised that total to 77 deaths. Consequently, the families of these 77 victims are now eligible for compensation from GM. Additionally, 141 other people who suffered injuries attributed to defective GM cars may receive compensation.

As the Associated Press notes, the issue involved an ignition switch that "can slip out of the 'on' position, which cuts off the engine, knocks out power steering and turns off air bags," heightening the possibility for fatal car accidents. More than 2.6 million cars were reportedly built with this flaw, and although GM had been aware of it for over a decade, it only began recalling the vehicles last year.

There are another 1,263 submitted complaints pending review. According to Feinberg, over half of the total 4,342 were either ineligible or had insufficient documentation. Receiving compensation from GM in this manner precludes parties from pursuing their own lawsuits against the automaker.

If you've suffered harm or lost a loved one because of another party's negligence, and need to find a personal injury attorney that will take on your case and fight for the restitution you deserve, contact The Meyers Law Firm.