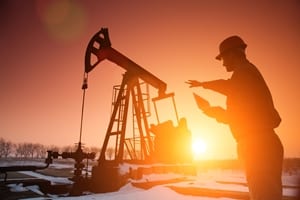 Six years ago, the state of Oklahoma averaged two earthquakes a year with magnitudes greater than 3.0. Since then, however, that number has absolutely skyrocketed, with 109 3.0-and-up-scale earthquakes taking place in 2013, and 585 last year. Scientists believe the cause of these earthquakes to be the recent explosive growth in the American fracking industry, and the Oklahoma Supreme Court has their back, with a recent ruling allowing injured citizens to sue fracking companies over earthquake-inflicted wounds.

Fracking is the process of pumping natural gas rich ground with a high-pressure mixture of water and chemicals that frees up the the gas to flow through the head of a well.

The plaintiff in the case, Prague resident Sandra Ladra, was injured in a 5.6 magnitude earthquake in November of 2011, and is currently seeking $75,000 in damages against the Tulsa-based New Dominion, as well as Spess Oil Company. While the Oklahoma Supreme Court didn't rule on the content of her case, they did rule in a 7-0 unanimous decision that the case should be allowed to go to trial, paving the way for other injured citizens to file similar claims.

A second plaintiff, Jennifer Cooper, is seeking a class action lawsuit which, if found in her favor, could result in over eight figures of damages being awarded.