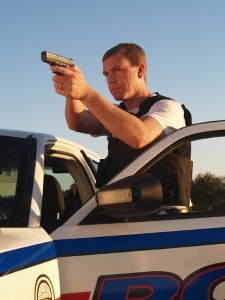 This issue surfaced in Missouri news recently as one-year-old Autumn B. Smith and her mother Christina Wilson are reported as the plaintiffs in a wrongful death suit recently filed against The St. Louis Board of Police Commissioners and Officer Jason Stockley.

According to an article in St. Charles Journals, the infant Smith's father, Anthony Lamar Smith, was thought to be engaged in a drug transaction when he was approached by law enforcement. Smith then began to drive away, after which an officer fired a shot at Smith's vehicle and consequently pursued him for roughly one mile.

Smith eventually crashed and was confronted by Stockley, the officer who fired the initial shot. Smith reportedly attempted to reach under his seat, and according to the article, Stockley killed Smith with his firearm without ever inquiring if he was armed.

While the article states that drugs and guns were found in the vehicle after the shooting, the lawsuit is alleging that Smith posed no threat because the crash left him disabled. Moreover, reports state that Smith's girlfriend Christina Wilson, was on the phone with him during the incident and is alleging that Smith was crying for help and begging for his life when Stockley delivered the fatal shot.

Reports have since uncovered that Smith brushed against police on drug, gun and gang related charges in the past.

Nonetheless, this case illustrates that a plaintiff of any age can deploy the services of a wrongful death attorney in the Kansas City region to recover damages for excessive force.