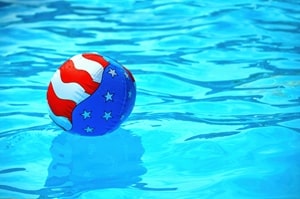 There's nothing more painful than losing a child — especially when you know that his or her death could have been prevented if it weren't for another party's negligence or recklessness. To get the closure you deserve, contact personal injury attorneys in Kansas City today.

According to The Denver Post, Bill O'Melia and Melissa McGarvin-O'Melia recently won a $3.75 million wrongful death lawsuit against the Southglenn Country Club in Centennial, Colorado, and a number of other defendants after their 12-year-old son, Drennen, drowned in the club's pool.

The source reports that the incident occurred at a private birthday party on June 6, 2010. Another 12-year-old boy purportedly removed Drennen from the shallow end of the pool after he had been underwater for about five minutes. The plaintiffs claimed that "lifeguards were inattentive and the club's pool safety policies were inadequate," states the news outlet.

"He was underwater too long and they missed him," said McGarvin-O'Melia, as revealed by the source. "We knew all along that they had missed him and that there was shoddy work being done. Now, to finally be validated in that, gives us a little bit of closure."