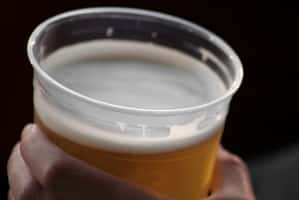 In 2013, a Boston University (BU) freshman pledging with the school's Sigma Alpha Mu chapter died of alcohol poisoning at a fraternity pledge party. Two years later, his parents are filing a wrongful death lawsuit against the fraternity, accusing the organization of supplying fatal amounts of alcohol to an underage student and failing to call for medical attention as soon as it was needed.

According to the Boston Globe, the 18-year-old freshman had gone to a fraternity party on March 1, 2013, in the city's Allston neighborhood, where he reportedly consumed a 1.5-liter bottle of vodka, becoming "severely intoxicated." A group of his fraternity brothers proceeded to carry him outside where he "collapsed on the ground" and was "unable to care for himself." Rather than call 911, the fraternity brothers brought the young man back inside and sat him on a couch. By 11:45 p.m. that night, the 18-year-old's roommate saw him vomit, prompting others to finally call for medical attention.

"Someone at the party performed CPR on [the victim], who regained both consciousness and a pulse, and began to vomit again, lost his pulse and stopped breathing," the Globe writes. "When Boston EMS arrived at 12:01 a.m., they tried to revive him, but were unable to do so and rushed him to Saint Elizabeth's Medical Center in Brighton, where he was pronounced dead shortly after his arrival on March 2, 2013."

The autopsy report revealed that, at the time of his death, the young freshman had a staggering blood alcohol content level of .33 percent, over four times the legal driving limit of .08. The cause of death was deemed to be alcohol poisoning.

The family's wrongful death lawsuit accuses the fraternity of holding the party off campus, outside of the university's knowledge or purview, because they knew it would be attended by underage people, including the victim in question, who was specifically invited because he was pledging.

If you've lost a loved one and believe the fault may lie with a negligent third-party, contact the injury attorneys at The Meyers Law Firm for a review of your case.