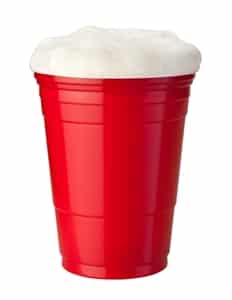 The parents of an 18-year-old male from Kendall Park, New Jersey, who died of alcohol poisoning in November 2008 filed a wrongful death lawsuit against the Delta Lambda chapter of Sigma Alpha Mu, a fraternity at the University of Delaware, as well as several of its members.

According to The Associated Press, the plaintiffs claim that their son, Brett Griffin, was pressured into drinking too much alcohol as part of a hazing event that also included "basement rituals in which pledges donned 'play clothes' and were pressured to consume various foods and beverages, including milk, until they vomited."

Griffin reportedly began drinking at around 9:30 p.m. and was found foaming at the mouth shortly after 2:30 a.m. Upon discovering his condition, some of the members of the fraternity called 911 and had the victim rushed to a nearby hospital, where he died. His blood-alcohol level was .341. One emergency room physician testified that if Griffin had received treatment a couple hours earlier, he would likely still be alive.

Though the plaintiffs have reached settlements with a number of defendants over the years, the two remaining individuals, Jason Aaron and Matthew Siracusa, deny any wrongdoing, notes the news outlet.

In the event that one of your family members dies due to another party's reckless or negligent behavior, you may have grounds to file a civil lawsuit and seek monetary compensation. To get this process started, it's in your best interest to contact injury attorneys in Kansas City immediately. These experienced professionals can help you recover damages to which you may be entitled.