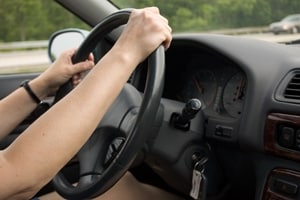 Brooke Melton was just 29 years old when she died in a nightmarish car accident. Four years ago, she was driving her 2005 Chevy Cobalt when it apparently lost power, ran off the road and crashed. The accident was linked to a defective ignition switch, and helped trigger a General Motors (GM) recall of nearly 3 million cars worldwide.

Melton's parents, Ken and Beth Melton, settled a lawsuit with GM last September for an undisclosed amount.  But now their lawyers are re-opening the case on their behalf, arguing that new evidence suggests GM may have committed fraud. According to CNBC, the National Highway Traffic Safety Administration has obtained documents indicating that GM engineer Ray DeGiorgio had approved an adjustment to the car ignition switches. DeGiorgio previously stated in a deposition, under oath, that he did not sign off on such a change.

"The Meltons would not have settled their case if they had known of the perjury and concealment of critical evidence," attorney Lance Cooper said in a statement, as reported by USA Today. "It is now apparent that GM's plan was to resolve the Meltons' claims before disclosing the Cobalt ignition switch design changes."

Faulty ignition switches in vehicles manufactured by GM  have been linked to at least 13 fatal accidents. According to Reuters, the company is facing investigative inquiries from Congress, federal safety regulators, the Department of Justice, the U.S. Securities and Exchange Commission and several states.

If you have lost a family member as a result of the recklessness or negligence of an individual or corporation, it may be within your legal rights to file a civil lawsuit and seek damages on behalf of your loved one. Contact Kansas City attorneys like the legal professionals at Meyers Law Firm for an initial consultation.