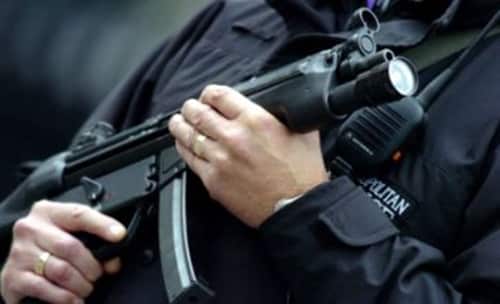 While law enforcement officials are meant to protect and serve their assigned communities, these professionals are far from infallible and have often been responsible for incredibly damaging errors in judgement. But, although the undue action of a police officer can cause incredible physical and emotional suffering for victims and their families, these individuals can turn to a Kansas City attorney in order to pursue law officials for any illegal actions.

A tragedy of this nature is currently the subject of a wrongful death lawsuit filed by the parents of 19-year-old Kendrec McDade against the City of Pasadena, California, who are alleging that their son's killing is part of systemic abuse illustrated by the city's police department.

According to court documents, an individual named Oscar Carrillo called 911 saying he'd been assaulted by two men at gunpoint. Although Carrillo later admitted that he had lied about the gun to speed up police response, when law enforcement officials spotted McDade, they thought he made a motion to his waistband and fired a series of fatal shots into his chest.

The court documents go on to mention that the Pasadena Police Department has illustrated a pattern of unnecessary assault and battery, listing a series of cases in which innocent civilians were shot and beaten – at times in front of their children and other witnesses – without any due cause.

While the lawsuit is filed for unspecified damages, an article written by The Associated Press mentions that McDade's mother is primarily concerned with having her son die being perceived as a criminal.

Should any individuals in Missouri experience any similar instances of brutality or wrongful death at the hands of local police officers, Kansas City attorneys can effectively prepare a case to not only help recover damages, but repair the victim's tarnished reputation in the public eye.